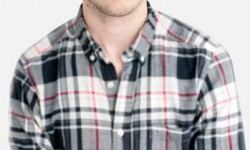 From the sixth story windows, at the corner of 47th and the Avenue of the Americas, Stuart A. Thompson can see a sliver of the bustlingly vista of Midtown Manhattan. The noise of the city are drowned out by the din of the Wall Street Journal newsroom. New York. He’s always wanted to be here. […] 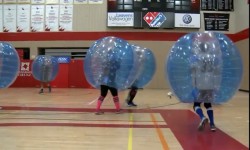 An unorthodox sports league was recently filled up and is growing a lengthy waiting list. It’s so ‘out there’ that even couch potatoes are finding themselves at the gym to try it out. Jeremiah Rodriguez has the story of bubble soccer. 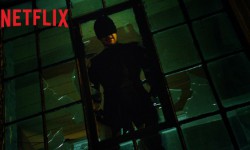 Superhero Daredevil has a violent no-holds barred approach to fighting crime. So it’s fitting that Netflix, not bound by traditional network TV standards, is releasing one of the grittiest comic book adaptions ever produced. As of 12:01am this morning, all 13 episodes of the Marvel-produced series were released by the paid subscription movie service Netflix […] 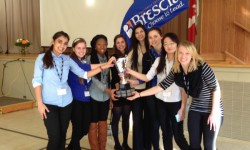 By Jeremiah Rodriguez on March 27, 2015 in Campus, Community

Who runs the world?  Well, it could be the girls descending on to Brescia this weekend. On Saturday, young women from across the globe are gathering at Brescia for a shot at a one-year scholarship that covers room and board at Brescia University College. Nearly 50 contestants in grades 11 and 12 from as far as […]