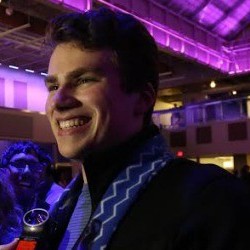 All is fair in love and war, but in politics there are rules.

The Western University Undergraduate Student Council elections have been marred by controversy this year.

After Jack Litchfield won the presidential election by a slim margin of 32 votes, allegations emerged of numerous campaign violations, casting a shadow on his victory.

Litchfield was accused of “post-campaigning” on student voting days. In 21 Facebook messages posted on residence and faculty group pages, he encouraged students to vote and included his own platform website link at the bottom. Litchfield violated the by-laws by failing to include the link to his opponent Sophie Helpard’s website.

These violations were grouped into one “extraordinary” offence by the USC’s elections committee, which is responsible for punishing rule-breakers. The grouping limited the number of allowable demerit points to 15. After other offences were accounted for, Litchfield ended up being awarded a total of 30 demerit points by the elections committee, the maximum allowable for a presidential candidate. The grouping of the Facebook messages into one violation was “inconsistent and unjust,” according to an appeal by Helpard’s team. The written statement suggests that since other candidates were punished with up to three demerits for each separate post-campaigning infraction, Litchfield’s violations should have been treated the same.

Had the elections committee done so, Litchfield would have received 63 demerit points, disqualifying him from the results.

Western Journalism Report requested an interview with Litchfield. He declined to comment, saying “we feel that wouldn’t be wise tactically.”

“If you give two candidates the same violation, but different demerit point totals, you must have a rationale for it,” said Emily Soti, chief returning officer for this year’s King’s University College elections. “I have not seen an acceptable reason for this discrepancy.”

Helpard’s appeal also accuses Litchfield of undermining the elections process through his disregard of the demerit system.

“Litchfield treated the demerit point system as a resource that should be budgeted and used, as opposed to a set of penalties to be avoided,” Helpard wrote. She added that the tactics used could jeopardize the trust students place in the USC. If Litchfield is found to have undermined the election process, he could be disqualified by the appeals board regardless of his demerit points.

Should the board rule in favour of Helpard, there are two options at their disposal. First, they could disqualify Litchfield and declare Helpard the winner. Alternatively, they could call a second election.

Soti, a 4-year veteran of the USC, believes that while it may be a logistical nightmare a new election may be necessary.

“I believe there is a sentiment among some students that this entire election is no longer valid,” she said. “The USC’s governance, policies and elections process have been tainted. The only way to rectify this now would be to start again, with a clean slate.”

The Appeals Board will hear arguments from Helpard and Litchfield on Sunday at 1 p.m. at Council Chambers in Room 340 of the USC, and is open to the public.

View all posts by Chris Vandenbreekel →