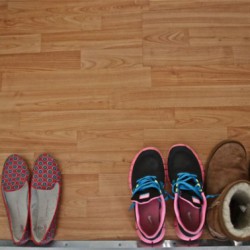 Jennifer Choy has found more free time opening up in her agenda this year even with a heavier class schedule.

This is Choy’s second year as a member of the ChicksCLIC program at Western University, except this year things with ChicksCLIC are very different.

This year, the club is not operating. ChicksCLIC will resume its activity in September 2014.

ChicksCLIC is an on-campus and community-based organization that pairs a female Western student with a girl in grade six, seven or eight in London. ChicksCLIC—Chicks Creating Leaders in Communities—aims to encourage young girls to get involved with their community by providing them with “opportunities of support, confidence, and a new friend.”

However, each September the financial department of the University Students’ Council audits school clubs.

But complications arose with the audit on ChicksCLIC and it took much longer than the usual two weeks.

“The USC was doing an audit on the club and by the time they were finished, it was already January,” says Choy, a management and organizational studies student. ChicksCLIC is one of many clubs under the umbrella of Western’s University Students’ Council.
Photo by Kelcey Wright

At the start of the winter semester, the 61 club members received a refund of their membership fees and the organization was put on hold.

For first-year Western students like Janice Fung, who isn’t able to experience volunteering, it is a big let down.

“I have only joined this year,” she says. “I have had many other friends who have participated in ChicksCLIC in previous years who have had a really good experience with it.”

The University Students’ Council’s clubs co-ordinator, Danielle Lillico, says ChicksCLIC will be back from its one-year hiatus as of September 2014.

Fung will have to wait until next year and, in the meantime, hear about the stories that her friends tell her about the program .

Each partnership within the club was different. Choy shared her experiences with Fung to encourage her to stick around until next September.

“[My mentee last year] really liked getting hot chocolate and just talking about things that happened during the week,” Choy said. “We also talked about school, work and extracurriculars.” The Tim Horton’s, just steps inside the UCC, is a great place to grab a hot chocolate on campus and is where many of the mentorship partners met up.
Photo by Kelcey Wright

In previous years, the executive directors of the club went to public schools in London and asked young girls to sign up for the program. After the girls were partnered with a university mentor, they would meet on campus once a week.

But that’s not all the partners did.

Each pair would spend about two hours together before they met as a large group to discuss different topics and form bonds with other girls their own age.

“We got to meet many other mentor-mentee pairs,” says Choy.  “It was a very good opportunity to make new friends.”

The program not only helps the young girls, but helps the university mentors too. Choy and Fung are looking forward to September when the club will begin again.