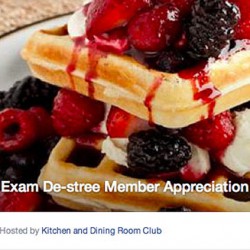 When it comes to offering stress-relieving workshops around exam time, one Western University club thinks food is always the answer.

The Kitchen and Dining Room Club is the only club at Western that is all about food  and that is just how they plan to beat their exam blues.

This week the KDR club will try and eliminate added stress from their members’ lives. The club is holding a member appreciation event and serving up waffles on Thursday night at The Wave located in the University Community Centre. 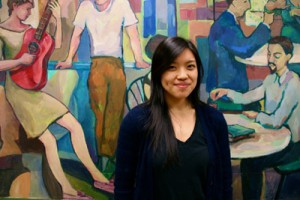 Rachel Wong, president of the Kitchen and Dining Room Club, says she is always open to new ideas and events to hold for the club.
Photo by Kelcey Wright

“We wanted to show that we love our members,” says club president, Rachel Wong, a third-year food and nutrition student. “We thought by having the event at The Wave, it was accessible to people who were studying at (the library).”

Members of the club, like Siobhan Smith, say exams stress most students out and food is often the last thing they want to worry about making or buying.Wong expects about 50 members to attend the event, which will cost the club about $500. The group was originally going to open the waffle bar to non-members for a fee, but the event has already reached full capacity.

However, if students are interested in food and dining, the club is always accepting new members. The membership fee is $5, which is one  of the lowest for Western’s clubs.

“I joined because I love food,” says Wong. “But it’s also a social club. We like to promote different cultural perspectives through food. Next week we are doing a sushi-making event.” 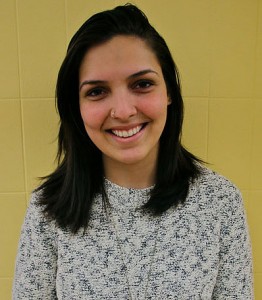 Rachel Tilstra joined because she always wanted to be part of a club that dealt with food.
Photo by Kelcey Wright

But the club,which is planning to change its name next year to Western Foodies or Mustang Munchies, is not just about food —  it’s also about making friends.

“We have a really wide range of people who join,’ says Rachel Tilstra, the club’s vice-president of events.  “We have people from food and nutrition, actuarial science, business, MIT… which is really nice because you wouldn’t meet those people elsewhere.”When it’s not exam season , the club hosts about four events per month throughout the school year. Events this year included members volunteering at Ronald McDonald House and Big Brother Big Sister, making meals for the organizations. They also organized  over a dozen potlucks and restaurant visits.

“Some members come to the cooking events and other members just come to the eating events,” says Tilstra, a second-year MIT student.

While the event has yet to happen, Wong says she’s already happy with the amount of interest shown.