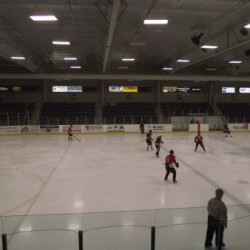 Hundreds of doctors have touched down in London this weekend for the 33rd Docs On Ice charity hockey tournament.

The annual charity event is hosted by a different Ontario city every year. This year the money raised will go to the Brain Tumour Foundation of Canada (BTFC), founded and based in London.

“We anticipate we’re going to raise $150,000. That is phenomenal,” said Megan Winkler, the director of community engagement for BTFC. “It will go to support brain tumour patients and their families.”

Robert Hammond, a professor at the Schulich School of Medicine, and Andrew Leung, a doctor who works in medical imaging at the London Health Sciences Centre, are co-chairing the event this year. Winkler is very glad they chose BTFC as the beneficiary.

“[They] said we want it to be in our city … but then they also felt really passionate about the cause,” Winkler said.

Roughly 900 physicians have registered to play this year.

One of them is Byron Lemmex, who shares Winkler’s passion. Lemmex works in Ottawa and has played in the annual tournament since 1985.

He says when brain tumour patients get the diagnosis, there isn’t a lot a doctor can do, so raising money and awareness is very important.

“We can cut [the tumour] out and give them a bit of [chemotherapy] but I think the prognosis hasn’t changed too much over the years,” he said. “So its really important to find out better ways to do the surgery and try to get better drugs to cure it or even fight it to prolong what we can.” 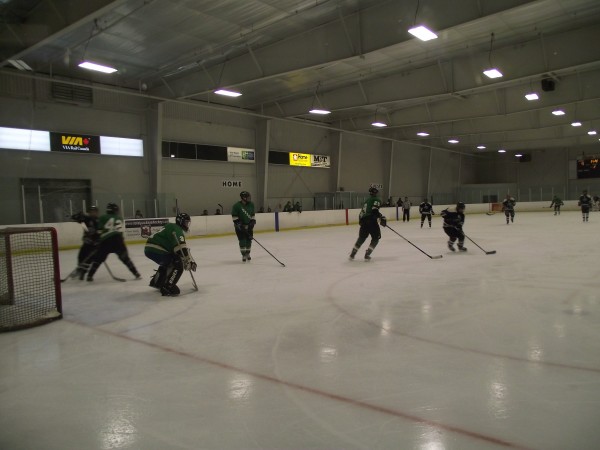 This year and last, Lemmex had the opportunity to play the tournament with both his daughter and son.

“I’m very fortunate I get to play with my son and my daughter,” he said. “I think it’s very unusual, to have two in medicine and who actually play hockey.”

“We hear lots about all different types of cancers and I feel like this is probably one of the ones that doesn’t get a lot of publicity,” she said. “I think it’s a good cause.”

And with roughly $150,00 expected to be raised, Alexis also notes how much of a difference it can make.

“When you congregate that many people around for a good cause, people open their hearts and their pocket books,” she said.

Winkler said the money will go towards research, in addition to patients and their families.

“We don’t have a truly accurate count of the number of people diagnosed with a brain tumour,” Winkler said. “Based on American statistics that we’ve extrapolated, we estimate there’s 27 Canadians diagnosed every day.”

“We need to invest in research like crazy so that we can help everyone who is affected,” she added.

The tournament will continue today and run until tomorrow at 5 p.m.