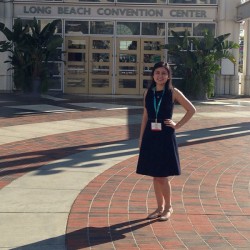 For Cindy Fajardo, a 25-year-old master of science student specializing in food and nutrition, the rising cost of tuition was one of the biggest obstacles to continuing her education past the undergrad level.

That’s why even before she finished her undergraduate program, Fajardo, like many students in Canada, was already looking for alternatives that could help her afford the cost of her master’s degree. So, when she learned about the Ontario Graduate Scholarship the province offered to graduate students, she took a chance and applied to it.

And it proved to be a wise decision.

In the last two years, Fajardo has received $25,000 from the scholarship – basically free money – which she has used to pay for her tuition.

“That money has helped me tremendously,” said Fajardo. “I have used it to pay for my studies, so, right now, I’m not in so much debt as if I had not applied to (the scholarship).”

But Fajardo’s example is less common than one may think. Every year, thousands of dollars go unused at Western University in the form of bursaries and scholarships, and one of the main reasons is students simply don’t apply for them.

“I’m always amazed at the lack of number of people who apply for the programs and awards I advertise,” said Rosanne Greene, manager of graduate student services at the Faculty of Information and Media Studies at Western. “If I have five or six applications for any award, that’s a large volume … and for the amount of money that is involved in many of these awards, it always surprises me that more people are not interested in applying.”

This year, for example, the faculty is offering the International Development Research Centre Grant, a $19,000 award to sponsor a journalism student to work abroad for at least six months in a developing country. The due date to submit applications is March 6. So far, Greene hasn’t received a single one.

And, even though this is the last year this specific award will be offered to students, for the most part, if a bursary or scholarship is not given away, the money sits in the university’s accounts and it is offered to students the following year, Greene said.

The big question then is, “Why aren’t students taking full advantage of these opportunities offered to them?”

Western students talk to Jonathan Juha about applying to scholarships and bursaries. Camera by Allan McKee.

Awareness doesn’t seem to be the issue. After informally asking several students at the University Community Centre about bursaries and scholarships, the majority of them said they knew those programs were available to them.

The problem is they never really took the time to look into them, most students said. Busy schedules and school essays were among the top answers students gave to explain why they didn’t apply.

Others were more honest.

“I haven’t applied for them … I guess I’m just lazy,” said an economics student in the video.

A lack of interest from students is one of the main reasons why the money available to them isn’t used entirely every year. But it’s also true that in many cases, specific requirements made by donors in private awards — such as having to be a certain race or being interested in a specific knowledge area or residing in the province — immediately exclude thousands of students in need of financial assistance from being eligible.

This is particularly true for graduate students coming to Ontario from other provinces, since many scholarships and bursaries administered by the province require students to have lived at least 12 months in a row in Ontario previous to being a full-time student at a post-secondary institution.

Only a couple of months away from completing her master’s degree, Fajardo feels fortunate to have received ascholarship to continue her studies. The only thing she regrets now is not having taken full advantage of other awards during her undergraduate years.

“As a student, there’s a lot out there that you can get and often the process is not as complicated as you may think,” said Fajardo.

“If I could go back to undergrad and do it all over again, I would look into it a lot more.”