From TV to Toronto: the multimedia career of Katrina Clarke 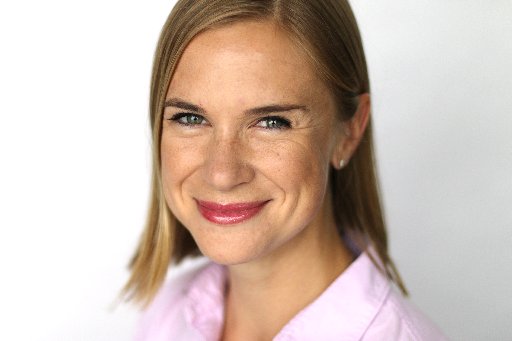 “Sometimes I over-tweet and I know that,” said the 27-year-old multimedia journalist.

Clarke graduated from Western University’s master’s of arts in journalism program in 2013. During her studies at Western, Clarke specialized in video journalism and was awarded the inaugural David Mills award for the best video feature story.

Jeremy Copeland, Clarke’s former video journalism instructor, remembers her ability to pick up on original and challenging stories. Her first TV feature story was about signs in London Ont. promoting tourism in the city.

“She actually found a way to make a story about signs interesting,” Copeland said.   “So she had that ability to find a way to do a really good story even though it might be challenging.”

Clarke continued to cover challenging stories during her studies in the journalism program at Western. Her award-winning TV feature tackled the issue of post-partum depression. Copeland praised Clarke for her ability to create emotional scenes in that piece.

While Clarke now uses social media daily when reporting stories, Copeland said social media was not integrated into the video class when Clarke was a student two years ago.

“It’s a sign of the changing role of journalism,” Copeland said.

Since leaving the program, Clarke has worked for The National Post, and traveled to Thailand on an International Development Research Centre scholarship to work at The Bangkok Post.

Now working at the Toronto Star on a yearlong internship, Clarke said she uses tools like Twitter to help her report on stories.

“If I’m in court or something, it’s an easy way to almost keep track of things,” Clarke said. “Sometimes I won’t take notes – I’ll just tweet, and then go back and find my quotes on there.”

On a typical day, Clarke spends about 10 hours in the Star’s newsroom.  During that time, she uses social media sites like Facebook to share stories and seek out sources. Social media can be a useful way to get in contact with people, but Clarke said it can also be a frustrating “rabbit-hole” when trying to get a hold of someone for a breaking news story.

When she’s out in the field, Clarke said she tries to take her own photos and videos and shares them with social media apps like Vine. Working across multiple platforms, the main difference, according to Clarke, between writing for print and digital outlets is the amount of visuals she has to include. Elements like sidebars that highlight facts and stats also have to be created for digital stories.

In the short time since starting her career as a journalist, Clarke said new multimedia tools are being used to cover breaking news. When the Star was covering the funeral of Cpl. Nathan Cirillo, the guard killed during the attack on Parliament Hill in October, reporters used ScribbleLive to share live updates.

ScribbleLive is an online content sharing platform similar to a streaming blog. Updates are automatically published as they are sent from the field.

“They sent eight reporters to cover his funeral so everyone was tweeting from different spots along the procession route and then that was all going into one blog,” Clarke said.

In addition to new multimedia tools, the Star is expanding its digital reach with the introduction of a tablet edition of the paper, set to launch later this year.

Along with the new tablet edition, as of April 1st, the paper also eliminated it’s digital pay-wall making all of it’s digital content free to read and view.

Clarke said she herself gets most of her news online and uses apps like Press Reader to access digital content. While she’s not sure what the future of news will be like as more papers move to tablet editions, Clarke said the move to eliminate the pay-wall makes the news more accessible – especially to a younger audience.

“I think it will provide a greater audience with free access to the news,” she said.

A Day in the Life