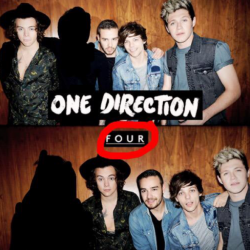 It was the moment Rawan Shoujaa had been dreaming of.

For five years, the 17-year-old had been patiently waiting for her favourite band to come to Dubai.

But 10 days before the concert, Rawan heard news that she wished wasn’t true.

“I found out when I was at school, and I had to leave class in order to check Twitter to see if it was just a rumor,” Shoujaa said.

But it was true – One Direction was not whole anymore. Zayn Malik decided to leave the band in order to lead a normal 22-year-old life – at least that’s what he said.

But what does this mean for the foursome who decided to keep going?

Since the surprising leave of Zayn, the band has continued on their On The Road Again Tour, only with a break of a few days.

When Shoujaa realized that the band would not be complete for the concert she was attending, she was heartbroken.

“I had been waiting for this concert for so long. To have that idea of seeing all of the boys pulled out from underneath me, it was devastating.”

Fans all around the world shared the same sentiment. #RIPOneDirection was trending on Twitter, and is still being used to express fans sadness, 16 days after the news broke. For some people, Zayn leaving means that the band, as One Direction, is over.

“I still love the foursome, but in my mind, it will never be One Direction without Zayn,” Shoujaa said.

There has been many rumors surrounding Zayn’s departure from the band since the announcement made on March 25th.

Fans were outraged – asking for explanations from their favourite boy band member.

It also started a Twitter fight with Naughty Boy and One Direction band member Louis Tomlinson. Despite the drama that has surrounded the ‘break-up’, the boys claim that they are still friends.

Although the group is planning on continuing as a foursome, artists such as Aaron Carter and O-Town’s Ashley Parker have come forward suggesting that they’d be good additions to the group.

“The Rolling Stones made their best albums after original member Brian Jones died,” Norma Coates said, who is a Western University popular music professor. “Could One Direction replace Zayn? Maybe not, due to fan dynamics, genre, and other factors.”

And the boys are well aware of this.

Although they are putting on a strong face, Shoujaa says that attending the concert was hard.

“There was some awkwardness during the concert, at first in terms of the music videos they displayed. Zayn’s face was present in some of them, so they ended up displaying other background pictures of their album cover instead,” Shoujaa said.

There was also a very awkward moment when the boys started interacting with the fans. Liam Payne, one of the boys, read one of the posters that was being held up by a fan, Shoujaa explained. It said, ‘Are you and Zayn okay?’.

“Liam took a step back, and in a calm and cool manner he responded with ‘yes, we’re just fine’,” Shoujaa said.

“It was like they were pretending that everything was okay – when all the fans knew it wasn’t.”

But nothing shook up the fans more than when the boys announced that this was going to be one of the last times that they performed in a while.

“It raised many questions as to whether it had anything to do with Zayn leaving,” Shoujaa said.

Through the drama and the many tears, one thing is clear. The fans just want to see the boys happy.

“I think at the end of the day, it just matters that Zayn is happy, and the rest of the boys are doing well. I think that’s what the fans care about most.”