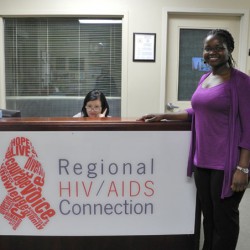 A recent study done at Western University found that people within the African, Caribbean, and black population—termed the ACB community—face unique social barriers that hinder access to health care and contribute to increased vulnerability to such diseases as HIV-AIDS.

“We had people respond to our survey, who were supporting up to 30 people in another country,” said Shamara Baidoobonso, the head of the two-part research project called the Black, African, and Caribbean Canadian Health (BLACCH) study.

“This is important when you consider that on paper, someone’s income might be $40,000, but in reality, they are living on only $30,000,” said Baidoobonso. These people have to file income in a higher tax bracket but are then excluded from essential health services given to low-income individuals, some of which may relate to HIV-AIDS, she said.

Another key finding was that respondents’ perceptions of risk for contracting the HIV virus didn’t match the actual level of risk in the community, said Baidoobonso.

“Everyone thinks their personal risk is low. But that perception about risk is so important because, if you don’t think you’re at risk, then you’re not going to take steps to prevent infection,” she said.

The study’s results found that people were not accessing many of the materials that would offer them more protection against HIV-AIDS. Researchers found that while 74 per cent of respondents said they would use HIV-AIDS services in London, only 20 per cent had ever visited a centre for HIV-AIDS and just 10 per cent had used such services as obtaining information, taking free condoms or doing volunteer work.

These findings may not just indicate issues at the community level, but might also point to a flaw in Canada’s immigration system, said Mbaka Wadham, the multicultural coordinator at Regional HIV/AIDs Connection—one of eight organizations that partnered with Baidoobonso for the study.

While many newcomers are tested for HIV before they arrive, there is little to no follow-up afterward. Some people aren’t even contacted with their results, she said.

“People think ‘Oh, it’s Canada. There’s no AIDS here.’ It’s not on the immigration papers, and they don’t necessarily know that HIV exists here,” she said.

Immigrants face challenges other populations don’t, even without worrying about HIV-AIDS or other health issues. Language barriers can make it difficult to find employment, especially if someone is taking time-consuming ESL classes, said Wadham. They might also be living in poor housing conditions or be involved in unhealthy relationships.

“When people are concerned with day-to-day struggles, HIV isn’t high on the list. It’s basically ‘what can I do to survive today? What can I do to provide for my family?’” she said.

Further, the stigma that often follows HIV-AIDS can compound the issue for already marginalized people and those living without the support of family or friends, she said.

“Another thing is just feeling alone. If you are ill, you don’t want the community to know you are ill, necessarily. Some people feel ‘I can’t speak to anyone else,’” said Wadham.

Taken to the extreme, this can be tragic, according to Brian Lester, Regional HIV/AIDS Connection’s executive director.

Lester points out that someone in London (not from the ACB community) died from AIDs last June because he was fearful of telling his family and fearful of seeking treatment. “That’s the horrific power of stigma. People think ‘I’m keeping this secret, and nobody knows I’m sick.’ But over time, you can become a very sick individual.”

To prevent tragedies like this from continuing in the future, Baidoobonso, Wadham and Lester are working to put the study’s findings into practice.

A final report, as well as two special reports have been published. Each one outlines recommendations for health service providers on how to bring better health care to the ACB community.

The suggestions include giving ACB community members more opportunity to share their specific mental and physical health concerns, placing greater emphasis on understanding social stressors that may be weighing down on them and hiring ACB people because of their knowledge derived from personal experience and ability to relate to others in the ACB community.

Baidoobonso is also ensuring the study goes a long way by creating educational tools, such as public service announcements and holding seminars to enlighten people about the findings. You can follow the study on Twitter.

Baidoobonso’s funding for the study runs out March 31, but the analyses will continue for years, she said.

“We don’t necessarily have a health care system that recognizes the diversity in Canada and that people are coming from different places and afflicted with different things,” said Baidoobonso. “Maybe we should revisit what the common conditions are in today’s population.”