The New Media class took a step away from electoral ward projects to pitch story ideas to two fantastic guests.

Western journalism alumnus, currently with the CBC, Lauren O’Neil and the London Free Press’ Dan Brown took in a variety of multimedia pitches from groups in the class. 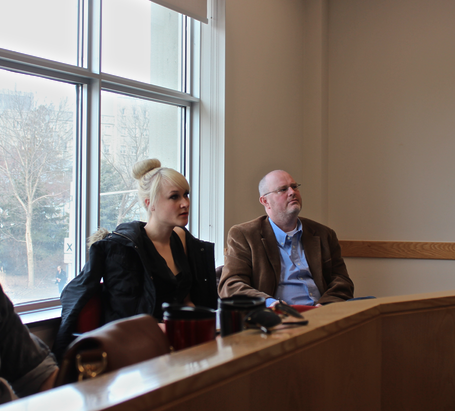 A few projects overlap with municipal politics. One group is interviewing women about their experiences with being called a “bitch.” This was inspired by the “The Killer B’s”– a group of female politicians in London. “The Killer B’s” adopted the name because they were being called bitches behind their backs.

One group is investigating politicians who are accepting financial donations from Tim Hortons.

Lauren and Dan provided constructive feedback on all of our projects. 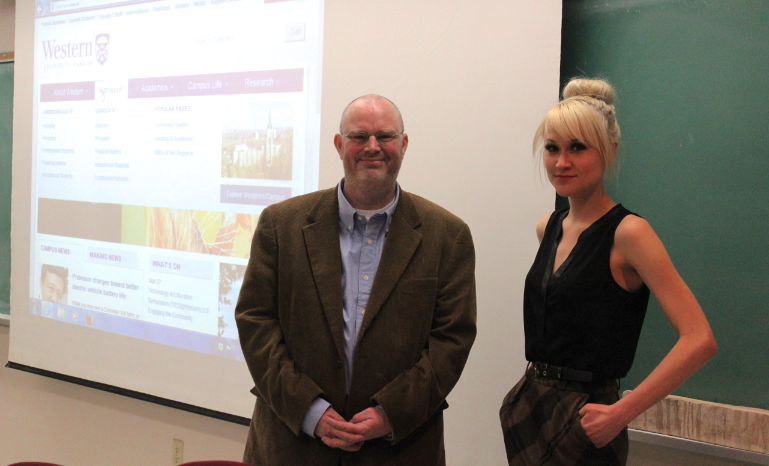 Over the lunch break, Lauren talked to the class about her career path. Everyone was eager to learn about the way she used social media to build an online presence and a brand. 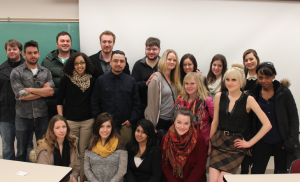 After her talk with the students, Lauren and our professor Keith Tomasek, visited the j-school classrooms where she once studied. 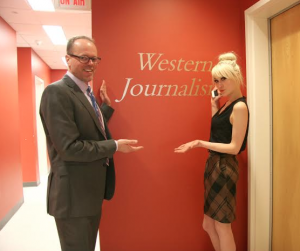 Here are a few testimonials from some of my classmates:

“It was good to see how Lauren “O’Nizzle”‘s early efforts on social media have paid off.”
-Chantal Da Silva

“Lauren explained that much of her professional success came from her presence on social media and her talk has encouraged me to build my online profile.”
-Sam Burgess

“It was really nice having Lauren and Dan there to hear our pitches because they gave us completely new and unbiased opinions and suggestions on how to make our projects better! It was definitely a great opportunity to hear from real industry professionals.”
-Kelcey Wright

A Day in the Life, Arts & Culture