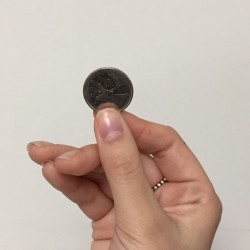 It’s the second-highest minimum wage in the country.

But for students, the new minimum wage is hardly a help.

The Ontario government announced Thursday that as of Oct. 1, Ontarians will have an increased minimum wage. It will change from $11/hour to $11.25/hour, an increase of about a week’s work per year for full-time employees.

But the new increase won’t make any difference for students such as Sarah Walker.

The Fanshawe College graphic-design student works at Bath and Body Works as a cashier.

With her school schedule, the 19-year-old doesn’t have a lot of time to work. But she has to, so she can pay back her Ontario Student Assistance Program (OSAP) loan, and her phone and internet bills.

“It’s not a huge increase or decrease, so it doesn’t really matter compared to the hours that I’m getting,” Walker said. “At most, I would get about 10 hours a week this time of the year.” 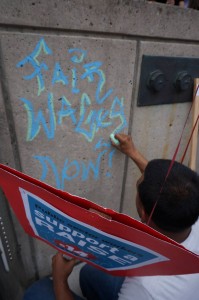 Chairperson for the Canadian Federation of Students in Ontario Alastair Woods isn’t surprised at Walker’s reaction. He agrees that although an increase in the minimum wage is a move in the right direction, with all costs considered, it’s still not enough.

“Now that the government has announced indexation they’ve essentially legislated poverty,” Woods said. “From now on, the rate would go up with inflation, which would work if it was above the poverty line, but it isn’t.”

His organization is behind a minimum wage of $15/hour, which would bring full-time employees above the poverty line. It would also give students a fair chance at paying their bills, and tuition fees that are the highest in Canada, he said.

Student costs in general are part of a broader discussion that needs to be had to save a generation from going bankrupt, Woods said. It would take into account everything from transportation and housing costs to tuition and books.

Until that happens, students like Walker will continue working next October with an increase that could give them enough money for maybe an extra beer at the end of the week. Woods says that although an increase is always a victory, this one doesn’t mean much.

“The increase the government agreed to is honestly quite pathetic.”