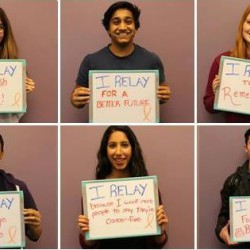 Over 400 students are having a sleepover at Western University’s Community Centre this Saturday to remember, celebrate and fight back against cancer.

This event will be the 11th time the school takes part in Relay for Life, with funds going towards the Canadian Cancer Society.

Second-year kinesiology science student Harrison Lee is one of the event’s co-coordinators. He says this 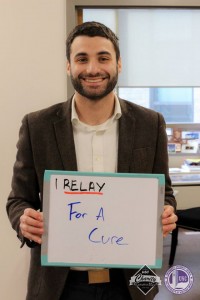 year will be new and exciting for participants.“In correlation with Jimmy Fallon, we decided to have a lip-sync battle in the Spoke. So that’s one of our awesome events that’s new,” he said.

When students arrive, they’ll participate in opening ceremonies and indulge in some fro-yo.

Throughout the night, there will be pizza, rallies, therapy dogs, henna, twister, face painting, movies, yoga, carnival games and of course, breakfast.

“You could almost describe it as a campfire,” Lee said. “You get together with your friends and you bond and you’re able to participate in so many events. Honestly, you barely spend any time at your campsite.”

This year the registration fee, $20 online and $30 at the door, includes an extra few dollars to make sure each student receives a luminary.

These paper bags are given to participants so they can decorate or sign the name of a loved one on the outside. A candle is then placed on the inside as part of a Luminary Ceremony.

“It’s very much a Western tradition,” she said. “We encourage people to come because everyone loves it every year.”

This year, organizers are asking each individual campaigner to raise $100.

And there are perks for extra donations. Top fundraisers get prizes, such as a VIP camping area and extra snacks.

The funds will go to several programs at the Canadian Cancer Society, such as Wheels of Hope, Peer Support Services and CancerConnection.ca.

Londoners will also have the chance to participate in a Relay for Life event later this year.

Participants will be meeting at Western’s TD Waterhouse Stadium on June 6 for a six-hour event – a big change being made to this year’s format.

“We shortened the event . . . to engage more members from the community, family and friends,” said Nancy McFadden, Community Fundraising Specialist at the Canadian Cancer Society. “We’re excited, we’ve got the new format and we’re really looking forward to having all the participants on the track.”

The community has set a $450,000 goal, of which they’ve raised about $6,000 so far. McFadden says they’ve also set walking goals for participants to promote a healthy lifestyle, which helps to prevent cancer.

Western’s event will begin at 7 p.m. Saturday night, with the community event starting at 5 p.m. on June 6.

View all posts by Taylor Simmons →