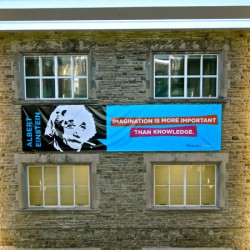 Looking into the darkness of the night sky, humans have wondered why those burning balls of compressed gas have looked back at us since we first appeared on earth.

It’s no surprise that we’ve tried to make sense of these bright lights that curl into shapes like scorpions and lions’ manes.

Humans have used these shapes and stars to do everything from map their location on earth to predicting their future.

The study of the stars has changed over centuries of research and observation. But many people still look to them for guidance in their daily lives, just as the ancients did. People like Carly McWilliams.

The 20-year-old Guelph resident first looked into horoscopes for the reason many people do: love.

“I was dating boys all born in the same month and I wanted to know why,” said McWilliams, whose sign is Cancer. “I wanted to know the compatibility between the two signs.”

McWilliams is one of 25 per cent of Canadians believe their horoscope can help explain the seemingly unexplainable, according to a 2005 Gallup poll. And the horoscope industry has been quick to adopt online tools to help them.

Now the one in four people in the western world who want to check their what the stars have in store for them can use apps like the Daily Horoscope Free Horoscope, My Horoscope Free or one of 1,400 other options from their mobile device. YouTube personalities such as Alyssa Sharp provide a daily, entertaining explanation of the stars’ predictive powers.

Having horoscopes and chart readings easily available allows people like McWilliams to plan daily life activities based on her chart.

“I was getting my hair done and the moon [was] in Scorpio. So that’s a really transformative energy. So I’m transforming my hair and it’s making a positive influence,” she said. “So when I booked my hair appointment I based it on that.”

Despite their popularity, there’s no evidence that the patterns of the stars have any influence on the lives of human beings. Research has found that any apparent success that comes from using horoscopes and astrology to determine life events is no more than chance.

There have been many studies since the 1950s on astrology, but scientists have only recently been able to examine them all. After an analysis of 40 controlled studies, researchers published their findings in the Journal of Consciousness Studies which found was no link between astrology and human behaviour. In short, astrological charts were worthless. Astrologers couldn’t perform better than chance at predicting someone’s personality, but the researchers found their listening ability might make them good counsellors.

Martin Houde, an astrophysicist who studies the formation of stars at Western University, is far from surprised by study’s results. The reason is that, while humans can be affected by the gravitational pull of the sun, moon and earth, the stars are too far away to make any impact, he said. 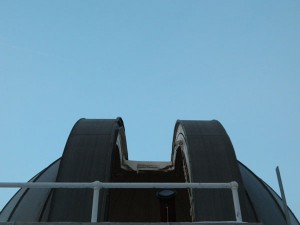 “There’s absolutely no way that the position of a star or group of stars in the sky could have any impact on anything at any given time,” Houde said.

You can find more people like Houde at the Hume Cronyn Memorial Observatory on Western’s campus, where the Royal Astronomy Society of Canada (London Centre) meets. Shannon Hicks is one of them. She’s a masters student studying the physics of the earth’s atmosphere. The stars, she said, are governed by physics just like everything else.

“There can be no connection between our daily life and how physics works,” Hicks says, “other than if I walk too fast on a slippery slope on the ice I’m going to fall because I slip.”

The only link between astrology and astronomy is their history, said Western University professor Stanimir Metchev. People like Nicolaus Copernicus and Sir Isaac Newton believed there was a connection between religion and the stars, and it influenced a lot of their groundbreaking work. But since that time they have become completely separate.

“It’s a matter of non-science, astrology, versus science, astronomy,” Metchev said. “The odds of a horoscope being correct are the same as flipping a coin.”

Despite the evidence that they have no predictive value, horoscopes remain popular today.

McWilliams knows astrology can be a controversial subject, but she still enjoys its presence in her daily life. She can’t deny that it makes her happy.

“I’ve attuned my life to it. It’s very beneficial. You just feel that you’re happier because really in your chart you can see the things that make you happy,” McWilliams said. “It’s a study of knowing yourself.”

And scientists like Hicks aren’t going to deny McWilliams something that gives her pleasure.

“Sometimes it’s fun to look at it and see just for kicks,” Hicks said. “[but] take everything with a grain of salt.”