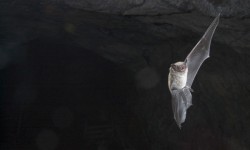 Long considered scary and carriers of diseases by many, bats are falling victim to a disease they can’t battle. Their populations are being decimated in North America since a disease called white-nose syndrome arrived in New York in 2006 from Europe. It made its way to eastern Canada in 2010, and since then it has […]