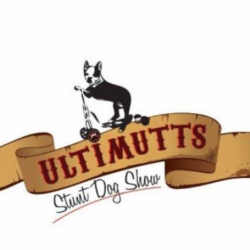 Rotholme is opening its doors once again to Melissa and her trick dogs.

Melissa Millett is the owner of Ulti-Mutts, a trick dog show that originated here in London, Ontario. Millett often travels to folk festivals and exhibitions to perform with all five of her dogs. There is Oreo, Pickles, Butters, Bella, and Sophia. And you cannot forget her Bengal trick cat, Sashimi.

Millett’s pack of animals are full of tricks. 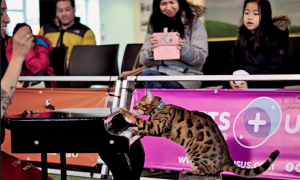 She also volunteers her time to perform for the residents at Rotholme Women’s and Family Shelter.

Her last performance at the shelter was four months ago. Shelley Stewart, a manager at Rotholme, is excited for her return.

“She gets set up with all her props and fun things. She is always very positive and the dogs respond well to her and they are really cute dogs,” said Stewart.

She says that the residents love to see her come and it can be a therapeutic experience for some of them.

“But the whole idea of pet therapy is that dogs accept everyone and they give you unconditional love,” said Stewart.

Millett’s visits hit a note with some of the residents.

At Rotholme there is a no pet policy. If residents had pets before entering the shelter, they would have been forced to leave them behind.

“They are missing their own dogs,” said Stewart. This Wednesday, Millett will return with her crew.

“There is such value in Melissa’s visits,” said Stewart.

For more information about Melissa and her dogs you can visit her Facebook page below.