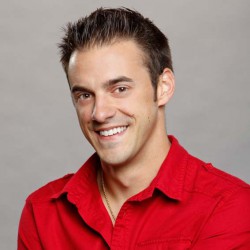 “In the future, everyone will be world-famous for 15 minutes.”

A man with a mop of curly blond hair stood at the corner of the street next to a Los Angeles gas station, smoking a cigarette while the woman he was with pumped gas.

A Volvo pulled up next to him, the brakes locked and a woman stepped out. “Do you mind if I ask you a crazy question?” she asked.

“Do you ever watch Survivor?”

“That sucks for you.”

Jonny Fairplay recalls the scenario of how he came to appear on Survivor: Pearl Islands in 2003, on one of TV’s longest-running and most popular reality shows. And his approach to the show gained him his fame and got him to the top three remaining cast members on his season of Survivor.

But stay tuned. There’s more on that later.

Reality TV has gained enormous popularity since its inception in the early 1990s. Its appeal has given it a ubiquitous presence in modern culture and its unscripted nature allows viewers a glimpse into the lives of people from all walks of life – from toddlers competing in pageants to Bigfoot hunters to the rich, powerful and famous.

You only have to look as far as what was formerly known as The Learning Channel to see reality TV’s mass appeal. Today, the channel is known simply as TLC and it follows the lives of everyone in shows such as My Strange Addition (on people addicted to things like eating toilet paper and having sex with their car) to shows like Extreme Cougar Wives (on the love lives of self-described cougars dating much, much younger men).

Though it can be fun to watch reality TV and indulge in the guilty pleasure of watching the lives of others descend into chaos, it’s not as clear what the appeal of being on these shows is.

In the early days of reality TV, most people were just looking “for a transitory, ephemeral fame,” explains John Doyle, a television critic for The Globe and Mail. Over the years though, the people who audition for reality TV have changed.

One trait which Doyle has found most reality show contestants have is “they tend to be people with a lot of personality, people who feel restricted in their ordinary day-to-day existence and feel that they can transcend their ordinary, mundane existence with their personality, with their force of will and the opportunity to be on a reality TV show is the opportunity to do that.”

Meanwhile, back in L.A., the casting director wasn’t done with Fairplay, the blond man smoking a cigarette.

“I’m offering you a one in 16 chance for a million dollars. I think you’d be perfect.”

“Tell me something I don’t know, honey.”

Jonny Fairplay is best known for the ‘Dead Grandma Lie.’

And, just like that, the reality TV audience was introduced to Jonny Fairplay, the first person who wanted to play the role of the villain on a show. He studied the show before going on it and tried to work out the best way to succeed.

“There were bad guys prior to me on Survivor or any reality show, but they always say “I got a bad edit, I’m not that bad blah, blah, blah.” I went in and I said I want to be the biggest bad guy in the history of reality television. That was my goal.”

Fairplay would have never considered going on reality TV had he not been approached by the Survivor casting director, but since having the opportunity, and making money and friends through it, he has no regrets. He also doesn’t care about his ‘bad guy’ persona.

“I wanted really hot, sexual chicks to think I was insanely hot and I wanted smart people to appreciate my genius and I wanted all the fat ugly people to hate me and wish they were me and loath that I was chosen for the show.”

Though Fairplay’s approach of understanding the game before going on it is not very novel now, the majority of contestants are not as meticulous as he was.

Dan Gheesling and his favourite moments on Big Brother.

Another person who studied a show before getting cast was 2008 Big Brother season 10 winner, Dan Gheesling.

Gheesling grew up in the blue collar city of Dearborn, Michigan. It’s the kind of place where half a million dollars is life changing, he said.

“I would never have gone on a reality TV show personally if there wasn’t some sort of large financial contribution at the end because it is really intrusive to your life and you’re really opening yourself up to a lot of exposure – and not necessarily in a good way.”

But for Gheesling, a self-described ‘normal’ person, convincing producers that he was someone worth putting on a show was tough.

“It took me four years to get on reality TV. There are people that are bodybuilders and models and I realized early on that I’m none of those things. I’m not going to get on the show for my good looks or for my body. Not necessarily even the fact that I have an engaging personality. I had to figure out a way early on with, I guess, the given traits that I had.”

Gheesling stands out because he is a ‘normal’ guy who got onto reality TV. He ended up winning the show and was dubbed the nicest winner in Big Brother history by Entertainment Weekly. Today, he tries to help other ‘normal’ people get onto reality TV through a weekly podcast, his website and a book, How to Get on Reality TV: The Complete Step by Step Guide.

Beyond getting on a show for the money, Gheesling said there are two main reasons people want to have their lives on display. The first is they are trying to get their foot in the door, or they’re trying to get recognition to transition into Hollywood.

“To me those are always the most cringe-worthy people to watch on reality TV because reality TV is so saturated now. In the early days, like the first Survivor, someone would come off and they had a movie deal. It’s just not like that anymore.”

Not every show has a cast full of aspiring models, actors, singers in need of money though. The Real Housewives franchise, for example, lets the lives of the rich spill into the living rooms of the average person. In these cases, the allure isn’t money, of which they already have plenty.

“Well, it’s the old attraction of fame. There’s a good proportion of ego and narcissism involved,” said Doyle. “These women on – whether it’s the Real Housewives of Vancouver or Atlanta – these tend to be well-off people to begin with. They’re not in it for the money, they’re in it for the egotism.”

The Real Housewives franchise is known for the antics of its cast members.

“I mean you could say it’s nouveau riche. People who are truly wealthy, and who have a history of wealth in the family, are not going to demean themselves by going on a show like that. But other people who have more money than sense will do it for the ego aspect of it.”

Doyle has also noticed a trend of wealthy Europeans going to Kleinfeld Bridal in New York City to appear on Say Yes to the Dress, a TLC reality show.

“Now if you’re Italian or French or German and you have money, you have access to the best designers, the best ateliers to get a unique dress, but the reason they go to Kleinfeld in New York City to be on Say Yes to the Dress is because of the fame they will get, so the egotism that’s involved and to some extent that is just plain old narcissism.” Jonny Fairplay wanted to be the bad guy on his season of Survivor, and he played up his personality to do so.
Photo courtesy of Jonny Fairplay

Today, Fairplay has no regrets about his time on Survivor. He’s been in 70 other shows since, as well as a couple of movies, such as The Scorned. He met his now ex-wife, a former America’s Next Top Model contestant, through a different reality TV show called Camp Reality and he’s made a good living. But for the thousands of other reality TV show contestants each year, he is a rarity because he’s stretched his 15 minutes of fame out for much, much longer.

“It worked out for me,” he chuckles. “I’m still getting phone calls.”

Board of the mountains, snowboarders take to the streets
Businesses sell green to make green