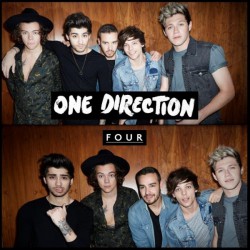 The band no longer walks in One Direction.

It was a sad day for many young women (and men) around the world on Wednesday. Zayn Malik, who is a member of One Direction, announced that he was leaving the band.

Social media blew up with questions and upset fans, begging for the singer to change his mind – but the damage was already done. Malik was not coming back.

The 22-year-old singer had left the bands Asia Tour a week earlier due to stress.

“I knew something was wrong when he left the concert early,” Emma Peat said, who is a fan of the group.

Then on March 25th – hearts broke around the world. Malik stated, in an interview with The Sun, that he was quitting the group to lead a normal life. One Direction at one of their concerts in March during their Asian tour.
Pictured from left to right: Louis, Zayn, Niall, Liam, and Harry. Photo courtesy of One Direction Twitter page

Peat, 24, has been a fan of the group since they were formed on X Factor UK in 2010. She was devastated about the news.

“It was like I was in Grade 3 all over again, and Geri was leaving the Spice Girls. Except it was worse – because Geri was nobody’s favourite,” Peat said.

Although there are speculations that there were problems between the band members, all of the boys have denied it.

Jagger Benham is a bass player in London and has been playing music for 20 years. During this time, Benham has been a member of over 20 bands.

Benham can understand the difficulties of dynamics within a band, and recalls one time where the success wasn’t worth the struggles – so the band broke up.

“When you’re not enjoying what you’re doing, you got to put a stop to it. It came to that point where it wasn’t fun anymore, and that was it.”

Benham acknowledges that his situation is different than One Directions. In his experience, band members write the music in a collaborative way, and there’s not a lot of money making – so there is nothing really on the line, Benham admits.

“It’s different for boy bands. I’m sure One Direction will soldier on.”

Others don’t have the same positive look on the situation.

Serena Haddad, 19, says she cried when she found out the news.

“I don’t think the band will survive this. When Zayn left – it’s like the band died.”

17-year-old fan, Rawan Shoujaa, also thinks that the band won’t be able to survive this.

“I think they will keep going for maybe one or two more years, and then that’s it. It just won’t be the same. Not just music wise in terms of quality, but also for the members themselves,” Shoujaa said.

“For five years it has been the five of them, so I think that this may cause them to break up for good.”

For Peat, this isn’t the end. She thinks the band will continue to grow – and is hoping Zayn will rethink his decision to leave.

“It’s not like I’m holding my breath or anything. But I think the boys are too strong together to let this tear them apart. And Zayn will be back…I can feel it.”