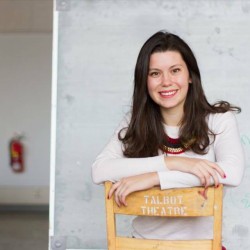 By Chris Vandenbreekel on April 10, 2015 in Campus, Politics

It’s not over yet.

The USC Election scandal that seemingly wrapped up Tuesday when Team Litchfield was disqualified is gaining new life.

USC President Matt Helfand confirmed Friday that the senior operations committee is considering a request for a non-confidence vote in Team Sophie’s leadership by some councillors.

Team Sophie was announced as the replacement executive after the appeals board awarded Litchfield’s executive slate two additional demerit points for trespassing. Team Litchfield won the election by a narrow 32-vote margin, but only needed one more demerit for disqualification.

The decision led some on social media to cry foul, and still others to call for a second election to prevent Team Sophie’s “losing” side from forming the student government. The notion gained legitimacy Thursday during a Reddit AMA, when Helfand responded to questions regarding a possible vote.

A two-thirds majority in council would be needed to oust Team Sophie. A successful motion would trigger a by-election, which would likely be held in early September.

“It would put a lot of things on hold,” said long-time councillor and King’s University College’s Chief Returning Officer, Emily Soti. “But let the people speak. If this is what the student body wants, then that’s what should happen.”

According to Soti, a by-election would see new slates enter the ring. She said that these would involve individuals who “would want to fix this whole mess.”

A fall campaign could seriously affect any slate’s ability to be effective.

“The summer is, in my opinion, one of the most important parts of a USC term,” said former president Adam Fearnall. “In my experience, very few projects started after September come to fruition. Major changes and new initiatives are hard to get started during the school year. The summer is your chance to get those on track.”

Fearnall added that he still believes the USC would adapt to any new circumstances, saying that there are employees “who are used to dealing with unexpected situations.”

View all posts by Chris Vandenbreekel →
The OHL recruits your son, what’s next?
The Dogs Return to Rotholme