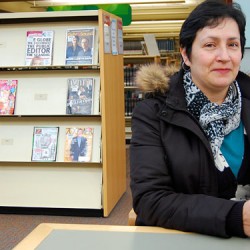 Two sisters – one in Canada and one in Mexico – have been apart for seven years, but won’t see each other any time soon.

This decision means that Norma Tamayo will continue to wait to see the sister she left behind in Mexico City in 2007.

Norma, 45, who lives in London with her three children, came to Canada when Mexicans didn’t need a visa to visit. After she arrived in Canada, she was given asylum as a political refugee.

“The members of the ruling party (the Industrial Revolutionary Party) threatened my family with death,” she said. “My city is an unsafe place.”

Norma and her family are involved with the socialist Party of the Democratic Revolution in Mexico, and this involvement led her to seek refuge for herself and her children in Canada.

Norma and her children were the first in their family to come to Canada; she hasn’t seen any of her relatives since she left Mexico.

In 2009, Norma’s sister Ana Tamayo tried to visit her in Canada, but by that time Mexicans could no longer travel to Canada without a visa.

“Her job is not permanent, she has three kids and is a single mom, and she doesn’t have enough money so she couldn’t get her visa,” Norma said. “It’s very hard for Mexican people to get a visa.”

If Ana had come to Canada at the same time she probably would have been granted refugee status, Norma said.

Ana has been denied a Canadian visa numerous times and now she has given up trying to get one. Norma said her sister doesn’t think she’ll ever be able to come to Canada if the visa process remains the same.

Even after a long, painful separation from her family, Norma says the visa requirement isn’t necessarily a bad thing, but she would like to see changes in how the applications are handled.

“I know it’s hard for the Canadian government to give all people an opportunity to come to this country, but I think they need to look at each person’s case individually,” she said.

Another advocate of this approach is Lysane Blanchette-Lamothe, the MP for Pierrefonds-Dollard in Montreal and the NDP citizenship and immigration critic. 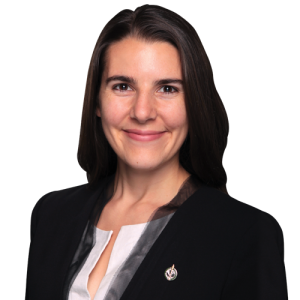 “We need to make sure that all refugee claimants have fair access to an appeal process and a transparent and fair refugee system,” she said. “They need to have full confidence that the system will look at their personal, specific situation.”

Blanchette-Lamothe also said the designated country of origin list is unfair to some applicants. The list is designed to weed out unfounded refugee claims by designating some countries as “safe.” Refugee claimants from countries on the list will have their claims expedited but there is no appeal process.

The minister of citizenship and immigration has total control over which countries make the list, said Blanchette-Lamothe. Citizenship and Immigration Canada was contacted for comment, but did not reply before publication.

“Mexico is on that list and that makes it very difficult for people from Mexico to have fair, equal access to the refugee system,” Blanchette-Lamothe said. “But at the same time the government is not willing to eliminate the visa requirement – they’re kind of talking out of both sides of their mouth.

“By not being willing to lift the visa requirement but at the same time claiming that Mexico is a safe country, even if we know that there’s lot of people who can ask for refugee status, it makes it difficult for them,” she added.

“I think that that’s a very bad way to create two categories of refugee claimants.”

As for Norma, she has some advice for Mexicans trying to come to Canada as refugees.

“Think twice,” she said. “If your life is really in danger you can apply, but if you live well (there), you should stay in Mexico.”