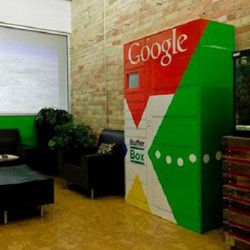 By Fernando Arce on April 8, 2014 in Transitions

A few weeks ago, as Chintan Mistry sifted through the paperwork he needed to move into a new apartment, the reality of his situation hit him.  He wasn’t just going to be moving to a new country in a couple of months. He was going to work within the bowels of one of the largest corporations in the world – Google.

So far, Mistry doesn’t know exactly what his role will be, or who he will be working with, but the mystery makes it all that much more exciting for him.

He knows there’s something different about this trip – and he’s not talking about the fact he’s only buying a one-way ticket.

“I’ll have to basically start over with all my furniture and everything else,” he says. “Here (in Canada), I’ve always had my parents and friends to help me move. But it’s different when you don’t have anyone around.”

So, how did Mistry get to this point?

In April 2012, when Mistry was 23, he graduated from the University of Waterloo, where he studied electrical engineering. By September of that year, he was already working full-time doing electrical work at BufferBox – a start-up company  that allowed subscribers to have items they’ve shopped for online shipped to an electronic kiosk near them. They could then pick it up at their convenience with a password they would have retrieved through an email, rather than having to wait for the delivery.

The idea was clearly a hit, because by November of that year the company received word from Google expressing interest. “By December 1,” says Mistry, “we publicly announced we were being acquired.”

A year went past and then, on February 2014, they made a second announcement: Google was bringing an end to BufferBox.

More than 50 of these electronic lockers located throughout the Greater Toronto Area, Toronto proper, and San Francisco will have been yanked out of their roots by this spring. Many subscribers are sad and even furious to see them go as shown by the comment section of the February announcement.

But Mistry sees it differently. Chintan Mistry, 25, will be relocating to Silicon Valley to work for Google Shopping Express.
Photo courtesy of Chintan Mistry

In March, Google had asked Mistry and the rest of the team to relocate to California to work on research and development for Google Shopping Express, a same-day-delivery program. This meant that at a mere 25 years old, Mistry was already on the cusp of a life-changing opportunity.

“It’s one of those places I’ve always dreamed of living,” he says. “It’ll be a new environment entirely. I’m going from an office of 200 people to one with thousands of people.” And that’s not to mention going to the place arguably known as the epicentre of the high-tech industry and a haven for start-up companies trying to get a slice of the pie.

Yet, Mistry takes it all in stride.

His excitement is concealed behind his calm and measured speech. Plus, he says, he was kind of expecting it all along.

“I knew that in Canada there weren’t really any roles for me to choose,” he says. “So I figured it was inevitable…And except for family, there’s nothing really holding me down to stay here. So there was nothing I really had to think about very hard.”

Of course, he says, he will miss his parents and older brother. What’s helping them all get through it, is knowing that many doors will be opened for him because of this opportunity.

“I wish he’d stay here and not fly across North America,” says Jasumati Mistry, Chintan’s mother. “But I have to put those feelings aside…So I told him, ‘you have to do what you have to do as long as it’s good and you’re happy.’ ”

The fact that since 2007 Chintan has been roaming between Waterloo, Toronto and Ottawa for university and different co-op program has also helped prep them all for the big move.

“I was doing my NEXUS application the other day and had to write down where I’ve lived for the last five years,” says Chintan. “And it was almost 10 different places. So moving around really doesn’t faze me.”

Another advantage is that Silicon Valley isn’t all that new to Mistry. When setting up the BufferBoxes in San Franciso a couple of years back, he and some of his colleagues had to make multiple trips to the Bay Area.

Mistry’s also excited about the many influential people he will be able to meet.

With a “huge amount of tech companies there,” he says, networking will practically be a full-time job. Also, one of his hobbies is photography, so he says having an entire new city to explore with his camera will help the transition.

For now, Chintan says, it’s his parents who’ll have to do most of the adjusting, which has included his mom learning to use Skype on her phone.

“Parents never get used to losing their children,” says Jasumati. “But we’ve all worked very hard for him to reach his goal…and we’re very proud of him.”