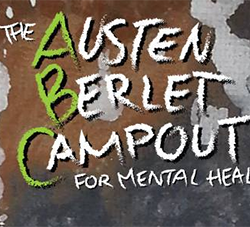 “It devastated our chapter and we started to realize that this was something that was extremely underrepresented in terms of our social consciousness,” said Vandan Jhaveri, head coordinator of the Austen Berlet Campout (ABC) for Mental Health.

“We felt it was kind of our moral responsibility to show everyone how serious of an issue this is,” Jhaveri said.

The ABC event has been running for five years with proceeds going to the Canadian Mental Health Association (CMHA).

But this year things are little different: all of the money raised comes back to Western Health Services who will receive additional counselors from other mental health organizations in London. With the upcoming stresses of exam season, this is extremely vital.

“This is exciting for us to see because now I can tell a Western student, ‘Your one dollar can actually come back and help you or one of your friends going through something during a time you really need it,’” Jhaveri said.

Heard of the event? Take note around campus. The #BandaidCampaign is a way to raise awareness for the campout. Students wearing band aids with the letters ABC or ABCampout on them. It’s not possible to identify someone with mental illness by looking at them and this is to state that mental health is something that needs to be made visible, Jhaveri said.

The 24 hour fundraiser begins Saturday at 12 p.m. at Victoria Park and will feature speakers, including Barlet’s parents, performances from the London Poetry Slam, Greek organization members, and sporting events.

This year the coordinators have also come up with a new idea. Each Greek organization will be given a square canvas, paint supplies, and a time limit.  Their task: to paint their representation of what mental health means to them.

“Everyone will paint something completely different,” Jhaveri said. “And that’s the point. Mental illness doesn’t mean the same thing for any two people.”

Last year the organizers were able to raise $17,000 for the CMHA.

Jhaveri hopes to see the popularity of the event continue to grow.

“Seeing people find the courage to come and talk with us or with professionals about their illness is refreshing.”

Lifestyle Choices and Health Symposium: A healthier London and a happier softball team
They’re Missing That One Thing