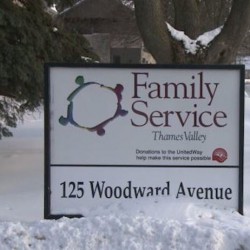 By Emily Mcwilliams on March 20, 2015 in Community

Conversations over coffee can help people catch up with friends – or come out.

Coming Out Over Coffee is a new LGBTQ support group launched by Family Service Thames Valley (FSTV). The pilot program holds drop-in sessions every second and fourth Tuesday of the month starting at 6:30 P.M.

Samantha*, who asked that her last name not be used, is a therapist at FSTV.

She initially proposed the support group to her supervisor in January when she discovered the limited resources available to London’s adult LGBTQ community.

“I was actually surprised by the lack of support and human-rights organizations here in London,” Samantha said.

Samantha moved to London, Ont. two years ago from Detroit, MI. with her partner. She says that she was involved with civil rights groups back home, and sought help from support groups there when she was coming out.

“It really helped me through my own journey,” Samantha said.

Coming Out Over Coffee guarantees confidentiality to everyone who participates in the discussion. Samantha says the group is “casual”, and anyone over the age of 19 who identifies as part of the LGBTQ community can join.

The LGBTQ community is composed of anyone who identifies as lesbian, gay, bi-sexual, trans-sexual, or queer.

“So far the response has been positive,” Samantha said. “People are just looking for a safe space to talk about their coming out issues or issues that they have in their lives.” The launch of Coming Out Over Coffee happens to coincide with a recent survey of the London’s LGBTQ community conducted by Pride London and Emerging Leaders. Forty-six percent of those surveyed said that they wanted to join an LGBTQ-specific club in the city, but had difficulty finding those services.

Louise Pitre, Executive Director of FSTV, says that when Samantha proposed Coming Out Over Coffee to her, she immediately accepted the idea because of the gap of services in London for the LGBTQ community.

“Family Service Thames Valley, its mission is really to decrease barriers,” Pitre said. “To eliminate any barriers to access to services of populations who . . . may be more vulnerable, or more at the margins in our communities.”

Pitre says FSTV is exploring funding options and different community partnerships to expand the program. She says the response to the program was “immediate” and is “growing”, but FSTV needs to ensure the program is serving the community before they can expand in the future.

“We need to make sure that we are reaching out to people, and that what we are providing makes a difference,” Pitre said.

View all posts by Emily Mcwilliams →