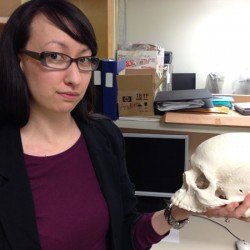 Crime investigation is often a race against the clock.

As every hour ticks by, more and more crucial evidence can be lost. So what happens when a homicide case goes cold, and maybe 20, 30 or even 40 years have passed without a lead?

It’s a question Mike Arntfield knows a lot about. He is a full-time professor at Western University, who just so happens to also carry 15 years of police work experience under his belt. Now Arntfield finds himself foraying into the world of television. March 1st will see the debut of To Catch a Killer. Airing on OWN: Oprah Winfrey Network (Canada), the eight-part documentary series has Arntfield and a team of six civilians in various fields of expertise digging deeper into homicide cases long since passed.

He explains that time and distance between the crime and the discovery of a body is a crucial factor in a case going cold.

“You have no witnesses, no confirmed continuity, no time of death and it becomes very difficult to determine where to even begin,” said Arntfield. 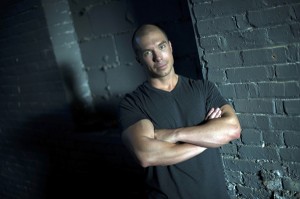 Professor and former police officer Mike Arntfield is the founder of Western’s Cold Case Society, the inspiration behind To Catch a Killer.
Photo courtesy of Martin Buzora

However, re-examining these unsolved crimes from the past with new approaches can shed light on what may have happened so long ago.

It was with this in mind that he formed The Cold Case Society. It’s a student think-tank at Western that examines unsolved homicide cases, using information that is publicly available, to provide fresh perspectives using new technologies and techniques.

“[These cases] predate modern forensic science, this predates modern investigative adequacy standards,” he said. “How do scientists, scholars and subject matter experts and highly qualified personnel, how do they approach a case thinking about those methodical requirements?”

And it was from that student group that led Arntfield to being approached to do the show.

Renee Willmon, 28, is a third year PhD candidate in anthropology at Western and member of this unique team who will also be on the show. Besides her academic studies in human skeletal remains, Willmon has also done extensive applied forensic work.

This has seen her going to crime scenes, examining human remains, reviewing autopsy reports and supervising searches for evidence with police. Being able to piece together the stories of these victims is something that attracts Willmon to work that not everybody in her field would pursue.

“It’s amazing to me that there is so much information that can be preserved even in death when all the soft tissue goes away,” she said.

Willmon also acknowledges that the work can be emotionally taxing. But to be able to see her knowledge of anthropology pay off for those seeking answers is something that makes the work worthwhile.

“This is a very clear example of how that knowledge and expertise can make a very valuable contribution to the families of the victims, and to the victims themselves, in terms of providing closure for their case,” said Willmon. 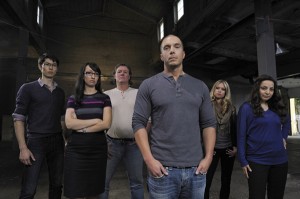 And for Arntfield, the real reward will come if and when the discoveries uncovered while filming To Catch a Killer get put into action by law enforcement.

“It’s exciting what we have found, but for me fulfilment will come when I see it acted on and people in custody in these cases,” he said.

“It’s not our job, the police at the end of the day have to take this information,” Arntfield said. “We put the ball on the tee, and someone has to stand up and take a swing.”

But while some police departments recognize the important work that can be done by allowing outside experts to tackle these cold cases, Arntfield notes there still exist those who are unwilling let them in.

“There are those (police) services . . . who still cling to the old school edifice that this is their sandbox, and at the expense of these families who want answers they’re prepared to be very territorial,” he said.

“(That) makes me question quite frankly their motives for becoming police officers to begin with, because I can tell you all the good cops support this.”

Arntfield believes there is room for groups like his to pick up where these old cases left off, and help take the burden off police who may not have the necessary resources to investigate these long gone mysteries.

“So our view is, let us come in and help carry the weight.”