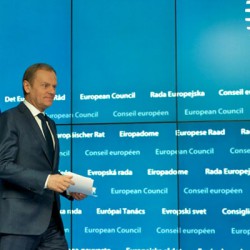 A European energy union agreed to this week could curb Russian power on the continent.

The deal, which insists that member states comply with all European Union agreements, would stop member states from having their own energy policy

The goal is to reduce Russia’s ability to influence individual countries through gas deals.

The deal was not welcomed by every member of the 28-state block.

Hungary, which has an energy deal with Russia, called the energy union a threat to it.

While Hungary isn’t thrilled about the deal, countries such as Poland and the Baltic states, which receive 90 per cent of their energy from Russia, want an energy union to curb the potential for Russian influence, said David Meadows, a research fellow at the centre for foreign policy studies at Dalhousie University.

“Poland and the Baltic states would be guaranteed gas flows from places like Germany,” Meadows said. “It could even be Russian gas.”

Should Russia use energy as a political weapon against Poland and the Baltic states, those countries would have greater autonomy, despite relying on Russian energy, he said.

“The benefits to them specifically would be that with the free-flow of energy, that they wouldn’t necessarily be beholden to that,” Meadows said.

Guaranteeing energy to countries that are dependent on Russian oil and gas will limit Russia’s ability to influence countries on its border and the European Union in general, Meadows said.

“A union that’s more transparent and allows for the free-flow of natural gas across borders will limit that ability substantially,” Meadows said.