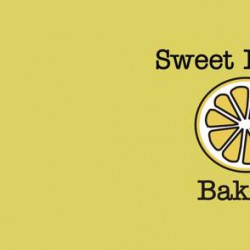 By Francis Siebert on April 8, 2014 in Transitions

Past the cold waters of the Thames River and its bordering parks, and past the Copps Buildall and the Yorkville Centre and the daring Renaissance II skyscrapers, there used to be a tiny vegan and gluten-free bakery at 82 York St.

But last December, Romy Buchner closed shop. Her lease on the place was up for renewal, but she wanted to relocate Sweet Lemon Bakery to a more accessible location.

Then, early in April, Buchner broke the news on her Facebook page: she will not be re-opening the bakery. Instead, she wants to open something closer to home. Not closer to her physical home in Mississauga — closer to her heart. “I came to the conclusion that right now, (owning a bakery) may not be the best thing for me,” Buchner said. “My husband and I decided we wanted to redo our whole lives and possibly move to South America.”

Buchner, 34, was born and raised in London. She went to Carleton University in Ottawa to study social work and ended up working in the field for a few years after graduating.

But when she moved to Mississauga in 2008, she couldn’t find a job in social work. And after all, Buchner said, having been a social worker for a while, she wasn’t all that keen about it anymore.

But she didn’t know what she was going to do.

“And then, being a vegan for so long, I just sort of decided I could sell (baked goods) at farmers markets,” she said.

Buchner had worked in cafés and had done kitchen work before university — it was a right fit for her skills and interests, she said. And so every Saturday for a year and a half, she drove from Mississauga to sell her baked goods at the Western Fair Farmers’ and Artisans’ Market in the Old East Village.

She picked London because that’s where  she and her husband, Kenton Elwood, are from and where they were hoping to relocate  eventually. Her family and friends were still here, too. And there wasn’t much competition,  she said.

“It looked like a good place to start a business,” Buchner said.

The problem was finding a catering kitchen to rent on a weekly basis in London. There weren’t many, and they were expensive. Buchner also wanted to sell her baked goods outside of the Saturday market.

That’s when she got the place on York Street. Originally, she was just going to turn the space into a kitchen, but there was also enough space to make a café from where she could sell her baked goods.

For two years, she travelled from Mississauga to London every week, staying with relatives and doing pretty much everything at the bakery herself.

“It sucked,” Elwood said in an email. “Romy would come home tired. It was hard to arrange plans with friends. Our schedules were completely off.”

And then December came, and it was time for Buchner to renew her lease. She didn’t.

Although rent was cheap, the place had limited parking and needed electric work. York Street wasn’t the most walking-friendly street in the city, either.

“It wasn’t quite the right space,” Buchner said.

The plan was to reopen somewhere else in the city. But that wouldn’t happen either.

Elwood, who is social worker, still hadn’t found work in London. And they had bigger plans in the back of their minds, anyway — move to South America.

“I can’t stand Toronto,” Buchner said. “The sight of consumers makes me cringe. I want to live somewhere simple. Toronto is a lonely, isolating city if you are not from here.” “Everything is really far away from each other,” he said. “I guess I am a small-town guy.”

The couple was inspired to move to South America after a recent trip to Mexico. There, they lived off-the-grid and off-the-path — they sojourned in places where tourists are told not to go.

“We were really enthralled by people who live a simpler life,” Buchner said. “Unfortunately, it’s hard to live a simple life when you’re bombarded with cars and high-rises. It’s just not enjoyable to us.”

“We’re tired,” she said. “We want more of an authentic life.”

Their plan once they move to South America — right now they’re thinking Ecuador or Chile — is to build a cob house (a dwelling made of natural building materials) and live more sustainably, Elwood said.

And probably open a small café.

“I will go on to open more businesses in my life,” Buchner said. “That was just not the right time.”