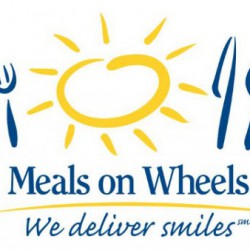 It isn’t exactly an attempt to reinvent the wheel, but Rosalind Horne sees dispelling misconceptions as a key part of her job.

“A lot of people – even some of our volunteers – approach the program with this idea that it’s all about delivering meals to nice old ladies,” says Horne, Resource Development Lead for Meals on Wheels.

In reality, she continues, “a growing number of our users are younger people, who want to remain in their own homes while dealing with illness or disability.”

It’s the ability to give people off all ages a chance to remain independent at home and away from hospital beds and long term care facilities that makes the program so important, says Horne.

Meals on Wheels is a not-for-profit movement that has been active in cities and towns across Ontario for years. Its primary motive is to enable people living with mobility issues to remain in their own homes, by providing food and meal deliveries for a nominal fee. Right now, that comes out to $7.75 for a three course meal (soup, entrée and dessert), or $35.50 for a weekly course of seven entrées.

Of the roughly 80,000 meals delivered by Meals on Wheels each year, Horne says that specialty diets are also becoming more of a factor, both among older users who might be struggling with long term illnesses such as diabetes, and younger people with intolerances to ingredients like gluten or lactose.

But with an estimated 15 per cent of Londoners living below the poverty line, according to statistics cited yesterday by Western University Professor Jason Gilliland in an address at the London Food Bank, a growing number of the people relying on Meals on Wheels are finding themselves unable to afford the cost of delivery.

“So even though about 70 per cent of our budget comes directly from the provincial Ministry of Health and Long Term Care, we still rely on volunteers and fundraisers to subsidize that gap in what people are able to afford,” says Horne.

One of those fundraisers will be taking place Friday afternoon at downtown London’s Covent Garden Market. The 2015 “Walk for Wheels” will run between 2-4 p.m. and will include a silent auction, lots of food, and live music. The event is aiming to raise $45,000 to assist those users who are having difficulty in meeting their delivery expenses.

Fundraisers (like the Walk for Wheels) are vital in allowing the program to continue serving many low income residents who are depending on its services to retain a degree of autonomy in their own homes, Horne says. But, she adds, Meals on Wheels remains mainly dependent on the volunteer spirit.

“The biggest thing is that we are so volunteer-driven. Our volunteers really are our eyes and ears in the community, and we rely so much on them to let us know when some people might need additional services, or are having trouble meeting expenses.”

View all posts by Brendan Murphy →

Western’s counselors are ready for exam season
Do you love your body?