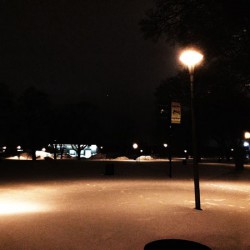 It’s easy to judge a prostitute with a passing glance.

Some might feel sad for them, others disgusted. But probably few can  say they’ve ever tried to understand them and their situations. After a recent Supreme Court ruling and a police operation, many want to have their say on how Canadian law should address prostitution.

Operation Northern Spotlight was a two-day police “blitz” in late January. Police departments across Canada investigated conditions of women who have been forced into the sex trade.

Plainclothes officers met more than 300 women in hotels and motels across the country. The operation was meant to offer help to women in the sex trade and to investigate ways to end human trafficking altogether.

But some women in the sex trade didn’t find it very helpful.

The post said police used “deception and intimidation…driving the sex trade further underground and away from safety.” A sex worker who was targeted in the operation said that after the policeman posing as a client revealed his badge, several uniformed cops showed up and asked to come into her apartment while she stood there in only lingerie and heels.

“I would likely let them in just so my neighbours and landlord won’t know what’s going on,” she said on Facebook. “The last thing I need is to lose my home. Not to mention it scaring off clients and me losing money. It’s not like this is some minor inconvenience.”

Operation Northern Spotlight was a response to the Supreme Court ruling that gave Parliament one year to come up with new legislation on prostitution.

In the group post, a sex worker and activist with Sex Professionals of Canada, Amy Lebovitch, cautions Parliament “not to develop laws that, in the name of helping women, actually compromise their safety and well-being.” Operation Northern Spotlight is only one response to prostitution.
Photo by Karmen Wells

One of the approaches being considered is called the Nordic model  in which the johns and the pimps are penalized rather than the sex workers. Although this decriminalizes the women, it holds other concerns for those in the trade.

Sex worker and advocate Kara Gillies commented on the Facebook post and said, “The problem is that there is no way to go after our clients and managers without hurting our income and security. And those approaches harm not only us but also the majority of clients and managers who are benevolent, not exploitative.”

Sex workers and advocates suggested in the group post that business owners should work with sex workers to create a business model with health and safety standards.  This would include an official complaints process so they can “weed out the bad clients and managers under (their) own governance.”

Holly Weaver, 25, is not a sex worker but is a founding co-ordinator of SafeSpace London—a support centre for sex workers and women in crisis—and agrees that the Nordic model comes with safety concerns for sex workers.

“To criminalize johns…could effectively scare off non-violent johns leaving only those for whom the threat of persecution is of little consequence,” Weaver said. “Thus sex workers may face an increasing percentage of violent clients coupled with a decrease in income.”

But Megan Walker, executive director of the London Abused Women Centre,  supports the Nordic model, which has been established in Sweden since 1995. She said the model sees prostitution as “exploitative to women and is men’s violence against women.” As well, it is about eliminating demand for prostitution so there will not be a need for the supply.

“For me, it’s about shifting a culture to one where we recognize that women are human beings—that women are more than just objects to be fucked,” said Walker.

The LAWC doesn’t see prostitution as a choice, but rather, a decision from a lack of choice. Walker said the police operation’s focus on women forced into human trafficking would cover any woman in prostitution.

Although Weaver acknowledged there is a sex slavery issue in Canada, she said, “it would serve a great injustice to the rights of sex workers to equate consensual sex work with human trafficking.”

She also said it’s because of social stigma and dehumanizing laws that sex work is seen as harmful or shameful, but that it’s not necessarily the view of all sex workers. And the police operation that placed consensual sex work and sex slavery in the same category was not helpful.

“Not all sex work is exploitative, and not all in the sex trade are trafficked.”

Karmen Wells is a devoted prairie girl from Winnipeg, Manitoba finishing a graduate degree in journalism at Western University.
View all posts by Karmen Wells →