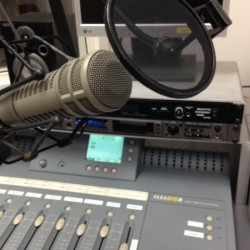 In February, the Toronto Star published an article that profiled several young women who claimed to have been harmed by the HPV vaccine. The article was widely discredited and criticized for not emphasizing the scientific evidence that the HPV vaccine has virtually no risk. Reporter Allan McKee discusses how the article is part of a wider failure of the media to accurately report on vaccinations and other science stories.

View all posts by Allan McKee →
Who Wants to Be a Reality TV Star?
From the Factory to the Studio