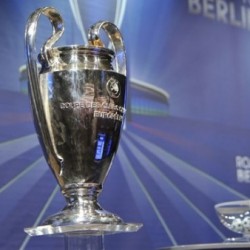 For the majority of soccer fans around the world, Real Madrid vs. Atletico Madrid and PSG vs. Barcelona are probably the most attractive draws in the UEFA Champions League quarter finals Friday.

But many soccer fans in London probably won’t be too excited to watch the UCL quarter finals this year says Jose Reyes, who rents out bars for people to watch the games.

“There are no more English teams in the competition, and for some reason, Canadian fans tend to follow English teams from the Premier (League) more than from other parts of Europe,” he explained.

This is only the second time since 1996 that no English teams have qualified in the quarter final stage of the Champions league.

“I’m sure this will have an impact on the number of people who come to watch the games,” Reyes added.

He also thinks, however, that there would still be enough audience for him to continue his business. Reyes said that Barcelona and Real Madrid are among the most popular teams and they attract a lot of fans, especially people from South and Central America.

“There will still be enough people. It’s just that if your favorite team didn’t make it, you are less likely to change your schedule just to watch the other games,” he said.

This is a tough match to predict. These two teams know each other very well, and if recent history is any indication, Atletico Madrid should have the upper hand.  They have played against each other five times this season, with three victories for Atletico and two draws. However, Real Madrid has been one of the best teams during this edition of the Champions League, finishing first of its group during the first round winning all of its six games, and leading the league as the team with the most goals scored.

These two teams also know each other very well. During the first round they were in the same group, and each team won one of the two games they played against each other. Barcelona, however, seems to be in better shape at this point in the season. The team is first in its local league and it displayed an amazing soccer while easily beating Manchester City last Wednesday. Messi looks more and more as his old self, and that is definitely a plus for Barcelona. And to make things worse for PSG, coach Laurent Blanc won’t be able to use Zlatan Ibrahimovich for the first leg due to a red card Ibrahimovic received in his last game against Chelsea.

If we think about name and history, Juventus should be the winner. Juventus just showed this week what the team is capable of doing by winning both games against Borussia Dortmund, who finished second in the competition only two years ago. But it won’t be an easy task for Juventus either. Monaco has heavily invested in the last years to attract talented players to its team, and has been able to create a solid team. I wouldn’t completely rule out the possibility of Monaco giving a surprise to everyone, including me.

The German team is the clear favorite from the two, and one of the main candidates to win the title. Even though Porto has been the revelation of the tournament and has many talented players in its squad, it’s also true that inexperience could be a big factor for them not advancing to the next round. Many of the team’s key players are 25 years old or younger, and when you have to face a team like Bayern, which has been among the best teams in Europe for the last five years, being used to play this kinds of game is very important to succeed.

View all posts by Jonathan Juha →