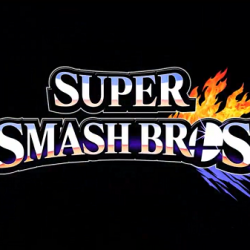 By Chris Vandenbreekel on March 20, 2015 in Arts & Culture, Community

London is getting its game on.

“We’ve been getting more people every month,” said Erin Miklos, the owner of Game On Entertainment Services. “As word has gotten out, it’s improved.”

GOES began holding gaming tournaments last year at the Poacher’s Arms pub on the corner of Queens Ave. and Richmond St. Miklos said that their first tournament drew only three people, but since establishing Nintendo’s Super Smash Bros. franchise as their main draw, the crowds have increased dramatically.

“We change up the theme, but we will always have some Smash setups there,” he said. “It’s a very dedicated group.”

GOES is holding their next Smash Bros. tournament this Sunday, but the increasing interest has Miklos considering relocation or attendance caps.

“I really like the owners at Poacher’s Arms, they really help us make it run well,” he said. “I really wouldn’t want to go to another venue but we might not have a choice soon.”

The boom in tournament interest related to Nintendo games has been noticed by other local organizations as well. “People will just play those games until their fingers bleed,” said Greg Picken, co-founder of Project Play, a charity event that incorporates GOES and other local gaming companies. “Nintendo has really cornered the market as far as these things go.”

Picken pointed to the advances in multiplayer technology over the years as the reason for the rise of tournaments around the world. When console gaming first emerged, players were confined to playing with a few friends on their couch. Now players can compete with hundreds of others due to wireless internet and advances in gaming software.

Project Play has been running tournaments for the past two years at their events. Picken said that in their first year there were only a few consoles, but now they have incorporated full-blown gaming tournaments drawing upwards of 100 entrants.

“The market has exploded in recent years,” he said. “It’s growing everywhere.”

Project Play is moving to the London Convention Centre this year and combining with Forest City Comicon, a testament to growing interest in the events. GOES will also be in attendance.

View all posts by Chris Vandenbreekel →

Minimum Wage Increase Doesn’t Make Much Cents
Without English teams, not many Londoners will follow the rest of the Champions League