Vibrating at a different frequency 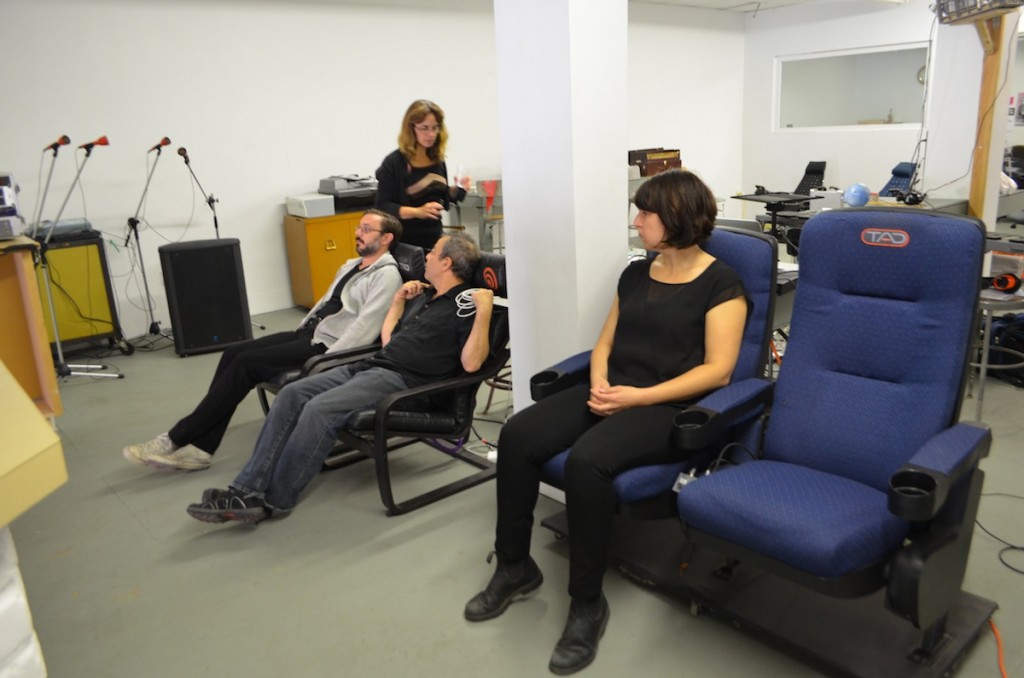 Music for the deaf community was considered  an oxymoron by most people, but David Bobier believed that music is an art that could be shared by all, regardless of disability.

The VibraFusion lab in London, that was founded by Bobier in 2013, is based on alternative audio technology created by the Inclusive Media and Design centre at Ryerson University that was focused on bringing accessibility to people with hearing disabilities.

The vibration theater chair was designed to transform sound into corresponding vibration frequencies that trigger a similar sensation to that of the music. These vibrations can be felt while sitting in the chair through the eight separate channels of varying frequency that offer an accurate transformation of sound.

Now in its third year of operation, the VibraFusion lab is sending four installation artists to Toronto in April to present their new creations at the Toronto’s Centre for Creative Music.

“The premise is to create a system, device or installation that may or may not have a sound component, but that is designed to activate the vibration system,” Bobier said.

The Orchestra of Tactile is a one-night music experimental music concert where artists can present alternative forms of music, and musical technology. And the concert focuses almost exclusively on vibration and sound. Each artists created their device at the VibraFusion lab in London and will be presented in a concert format.

The VibraFusion lab is a versatile space. While its primary goal is offer work space to artists looking to create with vibration technology, Bobier said the last is being used as a concert space where the lab can plug in the chair or test out their creations.

With no direct source of income, the VibraFusion lab is funded by a Social Sciences and Humanities Research Council grant. The lab is its third year of the three year grant, and hopes to have a CD compilation of all the work people have done at the lab over that period of time. It’s something Bobier said might help the lab get more funding.

Unlike the average business, VibraFusion doesn’t operate on a 9-5 schedule. Bobier said the lab is open for artists to come in and create. So to help get artists started, Bobier said the lab offers workshops in the “art of vibration,” and mini-residencies to artists looking to create.

“We’re hoping to develop more public programming in the sense that we’ll do more workshops and then hopefully out of those workshops, encourage people to come in and work independently,” Bobier said.

” [The composers] still work within the idea of sound but creating sound compositions that are designed specifically to be enhanced through vibration,” Bobier said. “So they’re consciously composing and often sitting in the chair at the same time.

In the past, some of the mini-residencies, according to Bobier, went on as long as two weeks. While there were times when people just walked off of the street, Bobier said the VibraFusion lab had about eight residencies, including a few repeat customers.

These residencies are what gave birth to the creations being displayed at the concert in Toronto.

All the inventions will be on display on Thursday, April 23.